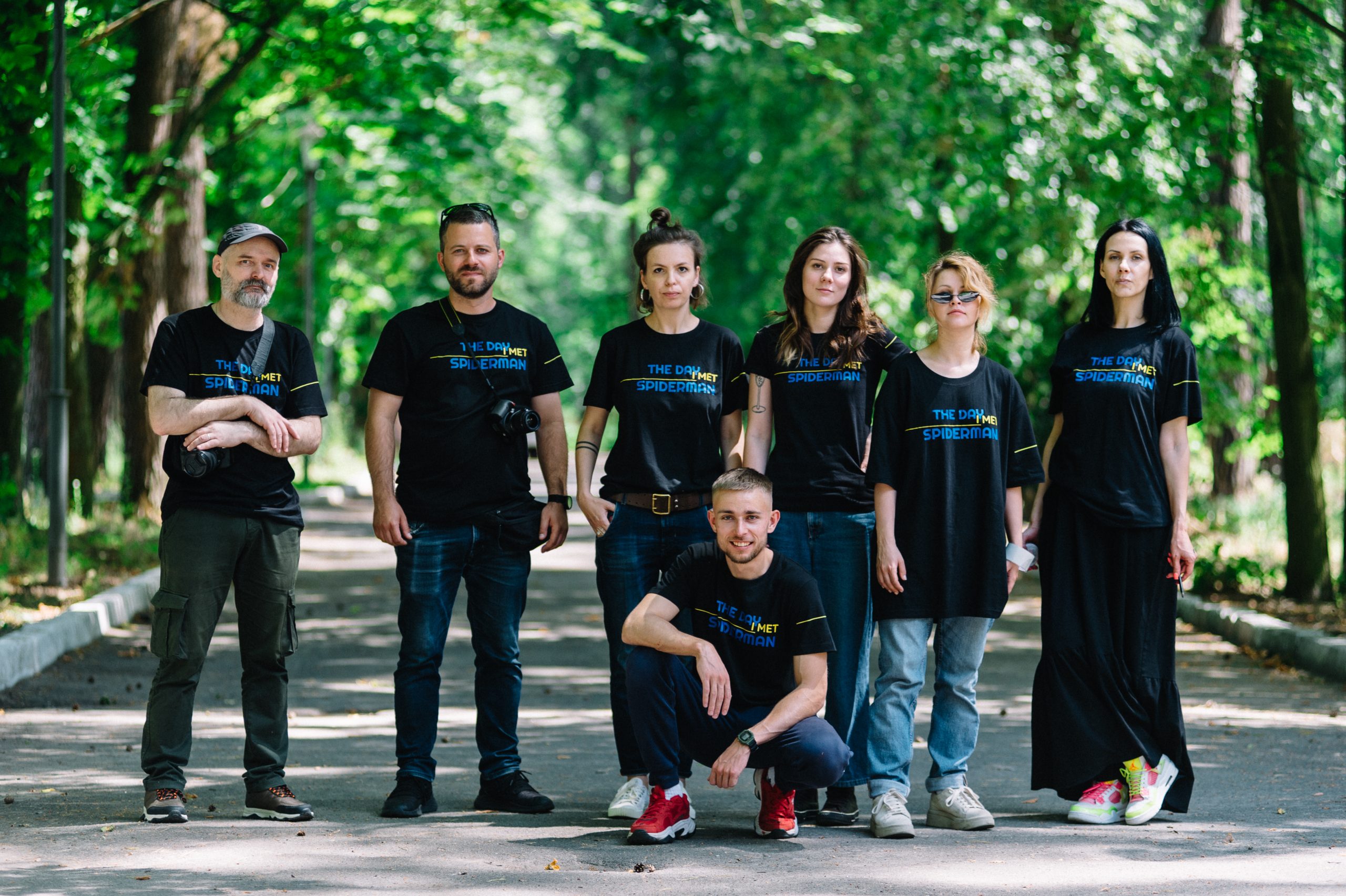 Mamas Production started shooting a fiction movie “Stay Online” (working title “The Day I Met Spiderman”), a joint project of the Organization of Ukrainian Producers (OUP) and AMO Pictures. This is the first feature film production in Ukraine since the full-scale Russian invasion. The film tells a story of a volunteer who discovers supernatural powers within her and saves the future of a boy from Bucha. 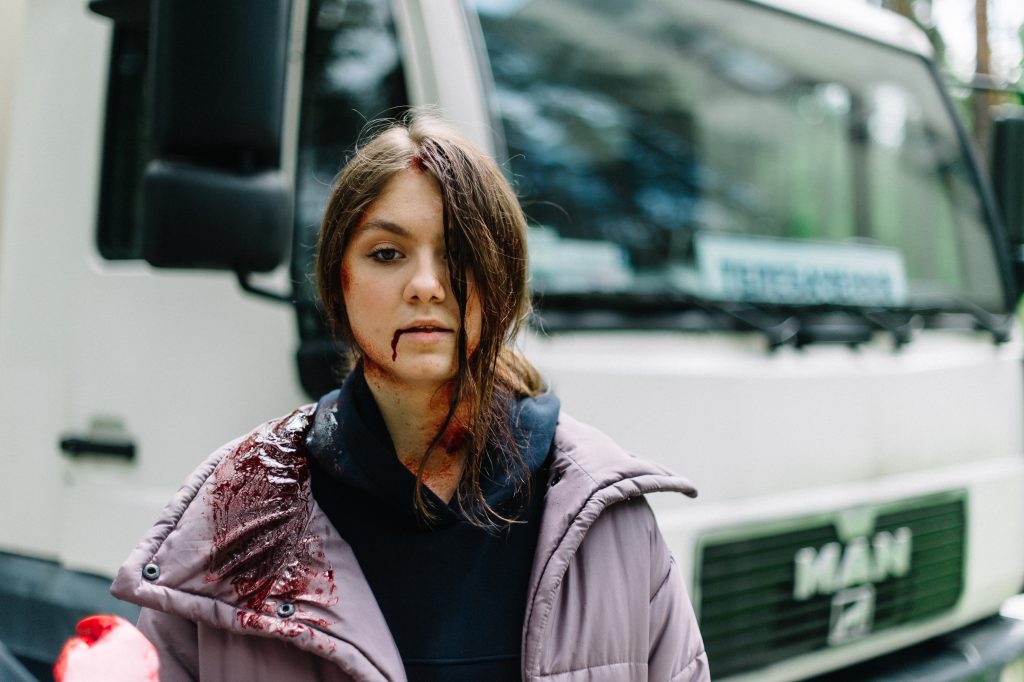 “You may know the story of Peter Parker, who became Spider-Man. You may have heard the story of Bruce Wayne wearing a Batman outfit. We will tell you the story of Katya — a volunteer who has felt an inner superpower,”  Anton Skrypets, author of the idea and co-producer of the film, says.

After the large-scale Russian invasion, film production in Ukraine stopped. The situation has become almost a crisis. However, the authors of the movie “Stay Online” have found the resources to make a feature film. The start was in early May, filming continues now in Lviv, Kyiv and some other Ukrainian cities. 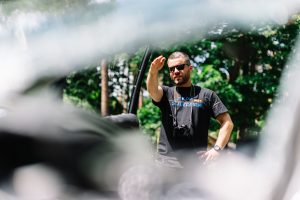 “Being the first who shoots a fiction movie in war-torn Ukraine is a challenge for the OUP. Originally the Organization was aimed at shooting documentaries,” says Alla Lipovetska, co-founder of the OUP and Mamas Production. “When Anton came up with this tough, but very lyrical, story, it seemed crazy to start shooting a feature. But my confidence grew with each new day of unusual film format discussion, with each new day of scriptwriting. When AMO Pictures became interested in the project, I was certain that it wouldn’t leave cold even on a script stage. The only option is launch!”. 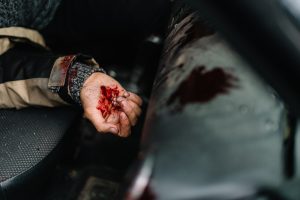 Large video production AMO Pictures joined the project as a main partner.  “We are interested in supporting Ukrainian cinema. We have been aiming to do this for a long time, and the start of film production has coincided with our plans. Our production AMO Pictures is the main partner of the project. We invest in the film, help with the shooting, and share expertise in distributing online services for Youtube and Facebook in Western countries. The project first caught our attention for its script, the director, and professionals ready to come together and create quality goods in our country. The film has a very unusual format and, above all, this is the first feature film about the large-scale war of 2022. And we, as a company in the creative sector, believe that our nation should portray its problems not only through a documentary prism but also through the experiences and emotions that you can discover thanks to the tools of a feature film”, AMO Pictures Chief Operating Officer Anatoly Dudinsky comments. 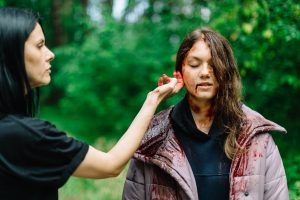 The film authors pay special attention to the unique format they have chosen. They say that it has never been used in Ukraine and promise non-standard solutions not only for Ukrainian but also for world cinema. 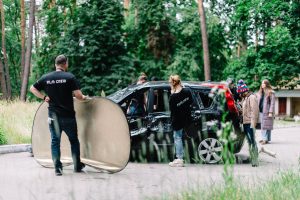 “At the development stage, we, together with Anton, discussed the format a lot. We wanted the film to resonate to everyone, so we will speak to the audience in a comprehensible way. We threw away art-house expressive methods!” film director Eva Strelnikova comments.

The release is planned for autumn 2022. The distribution will be on streaming platforms, TV broadcasters, in cinemas, at festivals.

The Organization of Ukrainian Producers (OUP) is a group of seven experienced Ukrainian producers, established in March 2022. The OUP makes documentaries and feature films about the premises, course and consequences of Russia’s full-scale aggression against Ukraine. By July 2022, the Organization is producing six documentaries and one fiction film.

AMO Pictures is a visual story production viewed by more than 750 million people worldwide, and it has more than 150 employees who carry out the entire content production and distribution cycle. The Amo Pictures team creates videos of various kinds, from short animated films to large film formats. The main directions in which the production works include: Fiction Shooting, Fiction Animation, and Nonfiction content. Amo Pictures develops video content for the AMOMAMA Facebook feed, and the production team launches and develops YouTube channels OSSA, AniMatters, and DramatizeMe. Filming takes place in Kyiv (Ukraine) and Lodz (Poland).